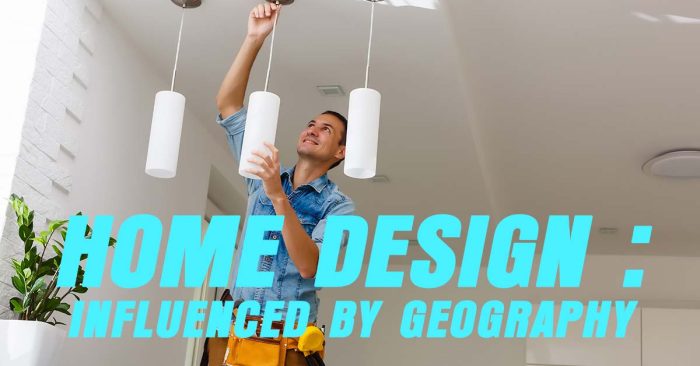 Geography plays a big role in home designs across the country and here are some examples.

If you’ve ever driven along coastal areas of the U.S, it is likely you’ve seen homes built on wooden, concrete or steel pillars or stilts. This is to help protect the home from high tides and storm surges that can result from hurricanes. Odds are you won’t see many homes built on stilts in Nashville or Denver.

The further south you travel, the fewer homes you will find with basements. Generally speaking, homes in the south are built closer to sea level and on sand, eliminating basements as a viable option for most single-family homes.

Shutters have largely become a decorative exterior item, but in areas where high winds are common, shutters can serve to protect windows and a home’s interior contents. “Real” shutters today can be found on condos and single family homes in hurricane-prone areas.

Storm shelters were once fairly common across the Midwest in tornado-prone areas. These below ground spaces were designed specifically to protect residents from damaging storms, and later served as make-shift bomb shelters during the cold war. Storm shelters have largely been replaced with modern “ safe rooms”, reinforced interior rooms of a home that can withstand high winds.

Homes and Buildings with Steep Rooflines

Where heavy snow is an issue, it is likely you will notice more homes and buildings designed with steep rooflines. This is, in part, to help snow from accumulating too much on a roof, where the excessive weight can cause damage.

Most design elements for homes are in place to minimize damage to a home from elements that may be prominent in their area of construction.

Home insurance is designed to minimize the financial damage from the elements, but also from liability claims resulting from injuries or other mishaps on a property. We have a homeowners’ insurance policy designed to protect you. Contact us today for your free, no obligation home insurance quote.

Things You May Not Realize You Can Do In Michigan

What Do You Do With Your Spare Time?

The Art of the Car: Famous Car Designers You Likely Never Heard of

Five Tiny Things You Can Do Daily to Make Life Better