Little Known Facts Even Jeep Fans May Not Be Aware Of 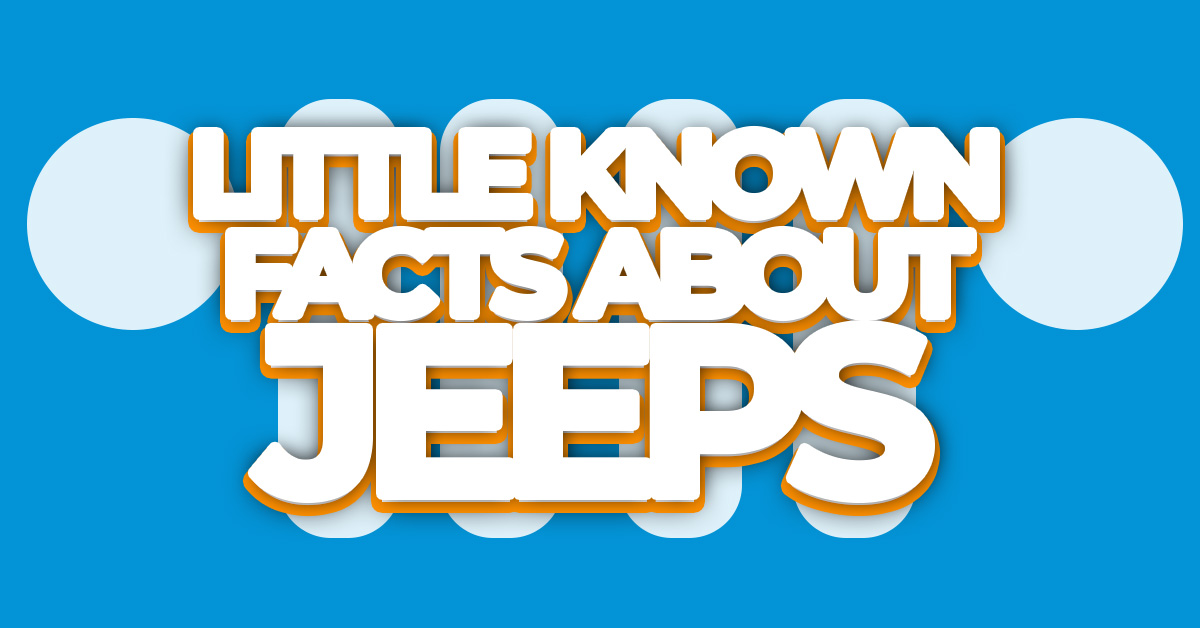 Little Known Facts Even Jeep Fans May Not Be Aware Of

For over 80 years, the Jeep has been a part of American and military automotive history. What started as a versatile, durable mode of transportation during World War II has evolved into a line-up of iconic vehicles that are still off-road capable.

Jeeps are not just a mode of transportation; they are a lifestyle. There are Jeep clubs, an abundance of Jeep after-market customization products, and owners who are often proud to show off their off-road capabilities.

Here are some lesser known facts that even Jeep aficionados may not be aware of.

The First Civilian Jeep Was Sold in 1945

The Jeep Cherokee Is in Its Fifth Generation

Jeep’s first compact SUV and Crossover had far different origins. It began in 1974 as the Jeep Wagoneer, a large full-size SUV.

The Jeep Renegade is Made in Italy

This subcompact crossover SUV is mainly assembled in Italy, with assembly plants also in Brazil and China. It has been a part of the Jeep line-up since 2014.

What Enzo Ferrari Had to Say About Jeep

Enzo Ferrari is quoted as saying “Jeep is the only true American sports car”. Rather than a compliment to Jeep, however, the quote was directed as a criticism of America’s efforts at competing in the world’s sports car market.

The Jeep Wrangler is Almost Completely Made in Toledo, Ohio

With the exception of a few optional components, the Jeep Wrangler is almost completely built in Toledo, Ohio. This happens to be the home of the original Willys Jeep plant.

Ronald Reagan Was Gifted a Jeep

Nancy Reagan gave her husband Ronald a vintage, military surplus Jeep as a gift. It is said that while the president had multiple vehicles, that Jeep was his favorite.

Jeeps are a unique piece of American automotive history. Whether you drive a Jeep, a SUV, or another vehicle, our team can help make sure you are getting the most out of your auto insurance budget. Because we are independent agents and can offer insurance products from a network of companies, we can help do the shopping for you. Contact us for your free, no-obligation insurance quote. Let us do the shopping for you!

Why Some Partnerships Fail

What Your Car Knows About You

The Indelible Impact of “Happy Days”

Should You Own a Collectible Car?